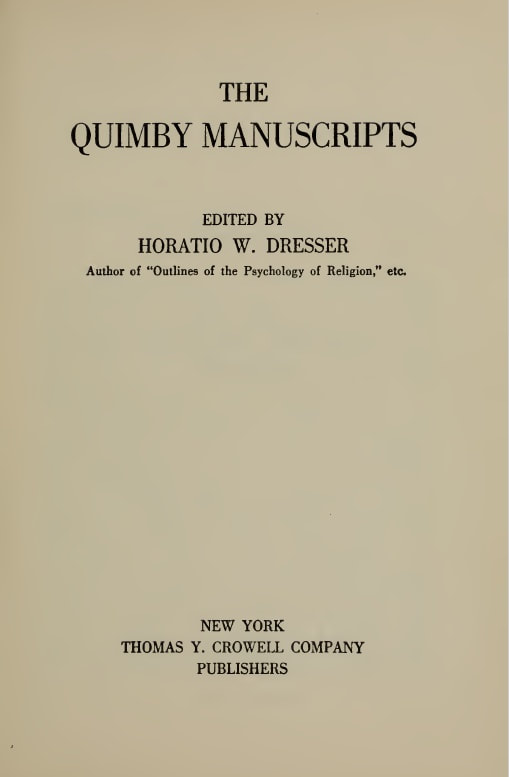 Phineas Parkhurst Quimby is credited with being the main founder of the New Thought Movement. Through his work, he helped more than 12,000 patients in the middle 1800s.

He demonstrated that a high percentage of illness stemmed from the belief systems of individuals. His practice was to change those beliefs of illness and disease to a belief in one’s own health. He worked with the most severe cases of illness and disease with incredible results. He literally argued someone out of their belief of their having an illness to an almost instantaneous return to total health.

This book, written by Horatio W. Dresser, presents many of Quimby’s theories. Several of Dresser’s relatives were patients and close friends of P.P. Quimby in the 19th century.